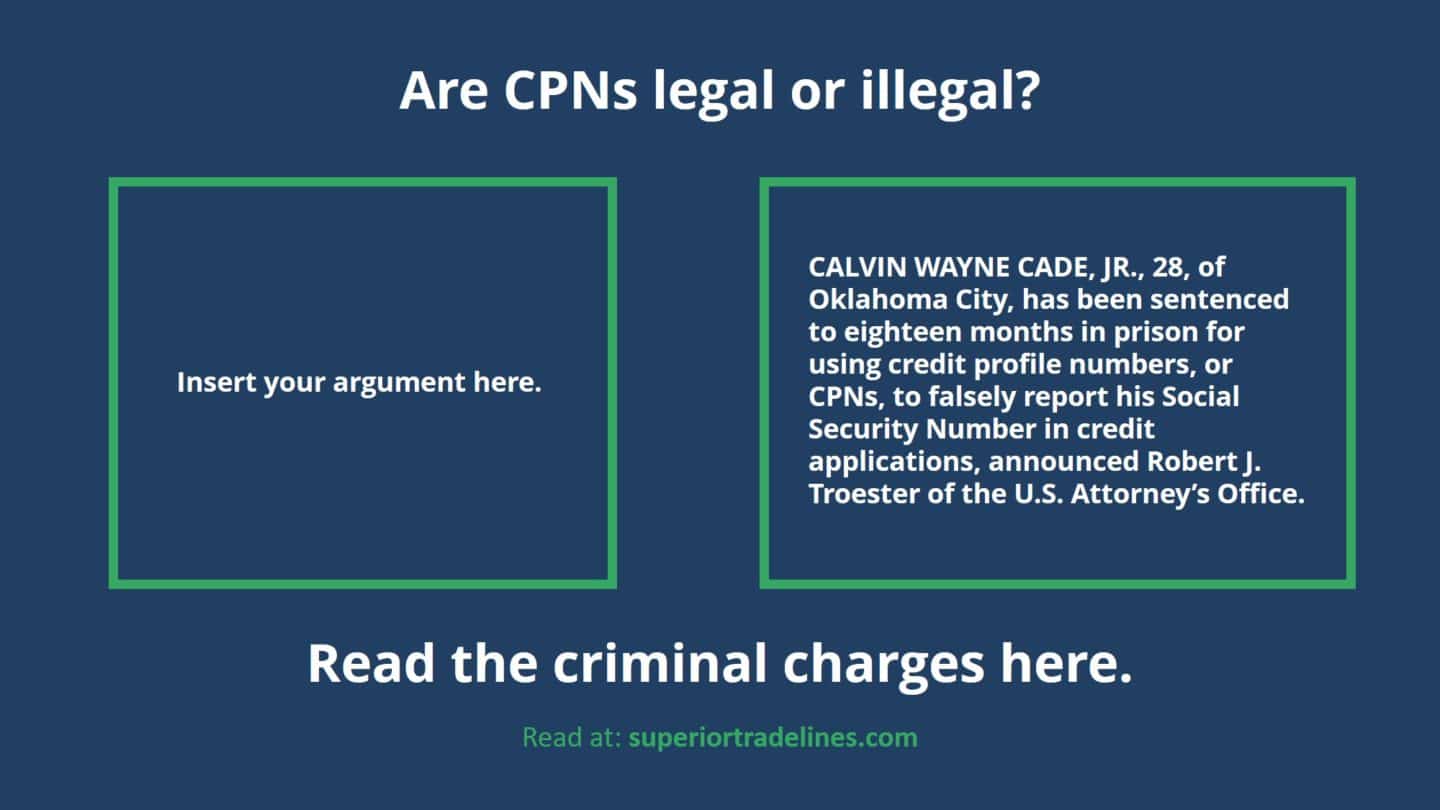 What is a CPN?

However, many consumers believe (because that’s what they are told) that CPNs are a viable option for credit enhancement. The pitch goes like this: Leave your bad credit behind; start a new credit file for financial freedom.

Some companies have been warning against CPNs since at least 2013. More recently, we read an article with nearly 3,000 words on CPNs, alone, which you should really read. That article dives deep into the laws surrounding so-called CPNs and how the concept originated.

Here’s proof (which you can read here or below) from the Department of Justice.

You can go to jail for using a CPN. 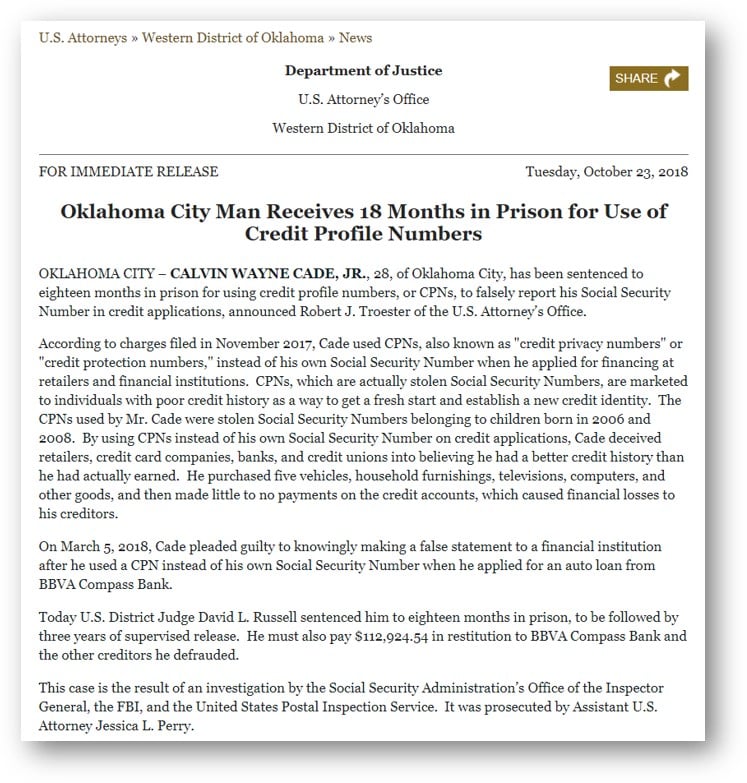 While the debate is a good thing, because it keeps our minds sharp, there is no debate when it comes to the legality of the CPN. Those who advocate for CPNs (whether they know they’re breaking the law or not) very aggressively attempt to convince potential victims that CPNs are perfectly legal and that those who disagree are incorrect.

The defendant in the above-referenced case probably made those same arguments.

All you need to know is this: The federal government will prosecute you for using a CPN.

Now, what do you do with your negative credit history? After all, that’s the only reason someone who would be interested in a “fresh start.”

There’s quite a lot you can do.

In other words, you’re not without options.

In fact, with all the consumer protection laws on the books and companies (like credit repair companies) that have commercialized them, you have plenty of options.

So how do you stay safe?

Credit repair has a negative stigma, but there are a lot of great companies out there! Many of them are very focused on consumer protection and compliance with all the legislature

No matter how bad your credit is, remember two things:

15 thoughts on “Yes, you can go to jail if you use a CPN (or Credit Profile Number).”