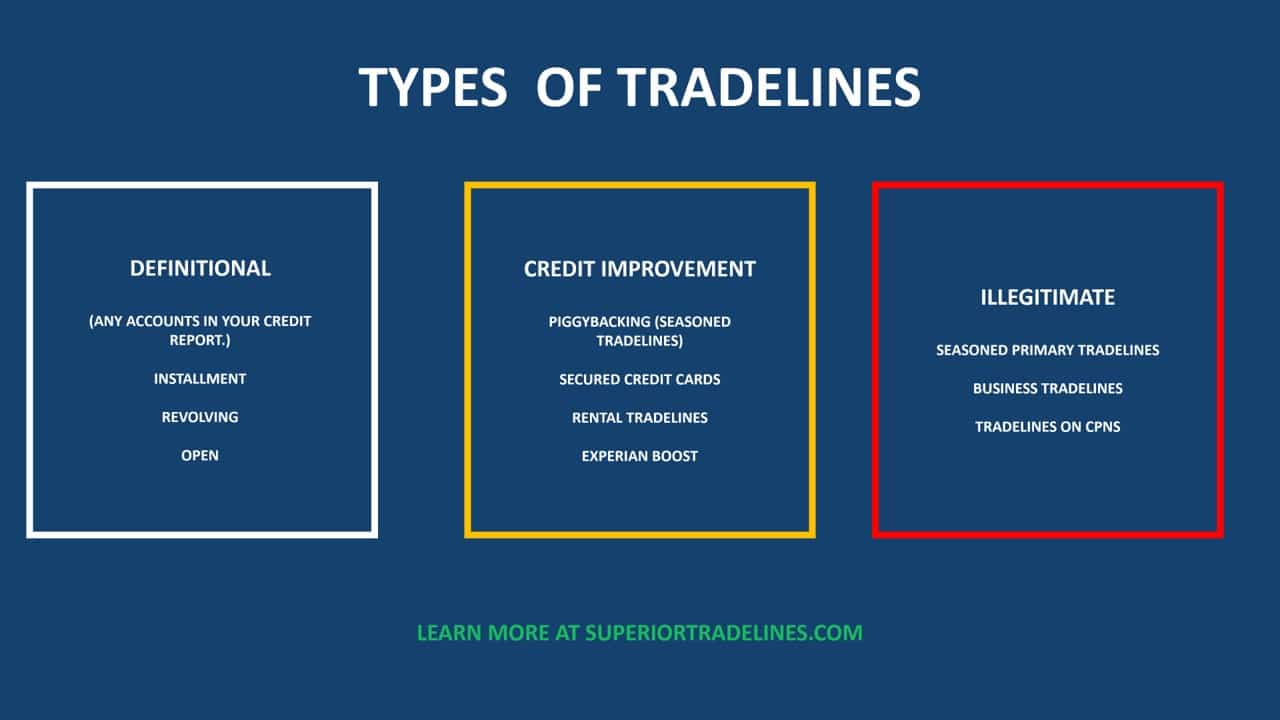 There are really two types of tradelines:

There are subtypes within those two categories: literal tradelines and authorized user tradelines.

The term is very literal. The term “tradeline” is similar to the term “trade account”. In short, this is a line of credit that a bank issues to the company, in the form of a credit card. 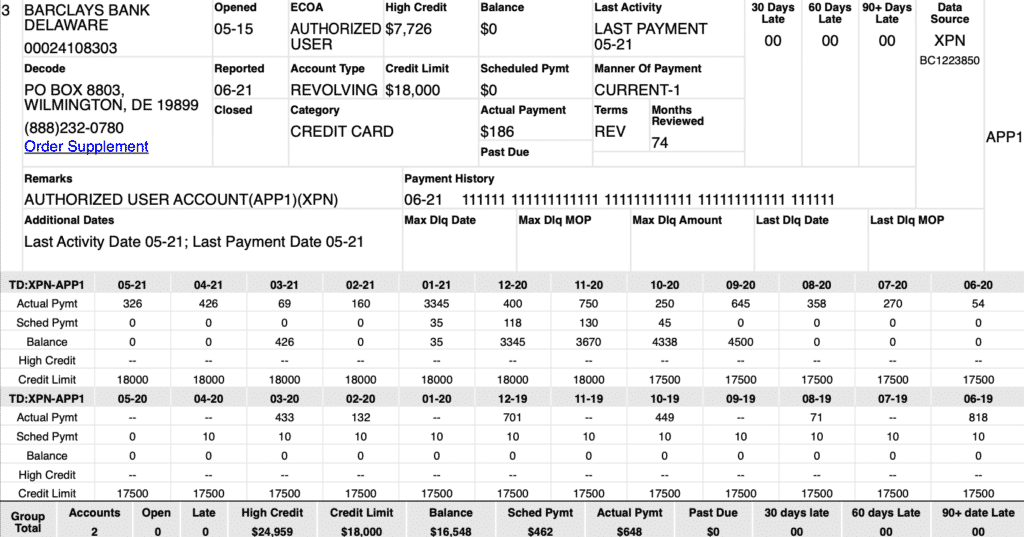 You can see the date opened, date of last activity, payment history, balance, limit, status, type, source, etc. Hence, a specific account’s information is collectively referred to as a tradeline.

Here are the different types of tradelines in that context:

All types of tradelines look the same on a credit report. More specifically, while some reports may change format or layout, the information in a tradeline is usually the same.

“Yeah yeah yeah, that’s not what I mean. What are the types of tradelines that improve credit scores?”

The types of tradelines designed for credit improvement are called seasoned tradelines or authorized user tradelines and the process is often called piggybacking credit.

In this credit improvement vein, you can add many versions of tradelines to your credit report for the purpose of increasing credit scores.

Here are the different types in that context:

Unfortuantely, there are many types of tradelines that are totally illegitimate. This isn’t subjective. It’s important to realize that people have gone to jail for misuse of tradelines in certain ways.

Here are some tradelines you’d probably want to stay away from:

In conclusion, tradelines are accounts in your credit report, with many different types. Further, piggybacking credit is the addition of authorized user tradelines. In the right circumstances, the greatly improves credit scores. Finally, fictitious and fraudulent tradelines are easy to spot and you should stay away from them.