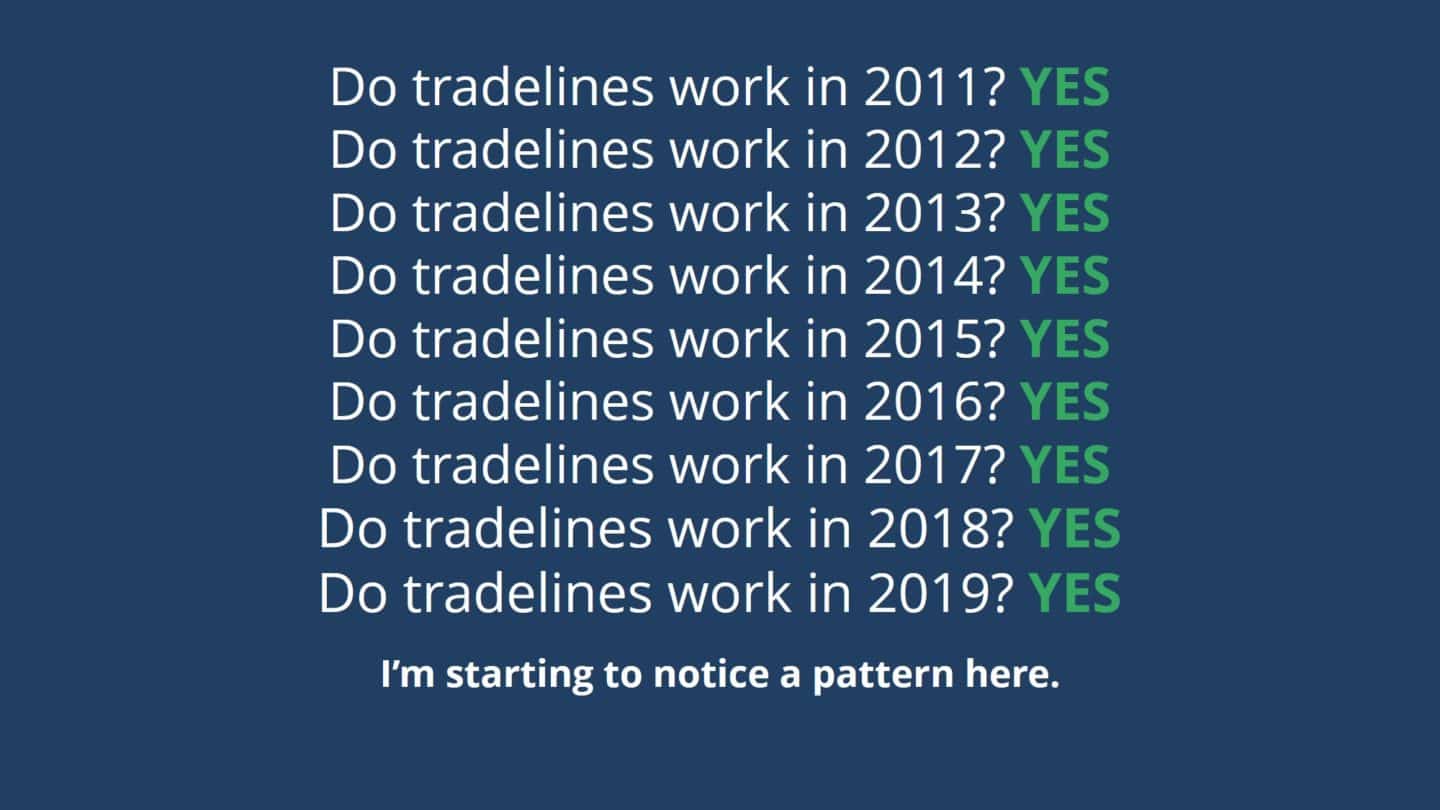 Here’s a quick video regarding the topic:

At the beginning of every year, since we started this company, we see searches for “Do tradelines still work in ____” where you can fill in the blank with the current year.

In 1974, Congress passed a law called the Equal Credit Opportunity Act which implemented the Federal Reserve’s updated Regulation B. I didn’t lose you already, did I? Hang in there!

This could be a family, friend, or complete stranger.

We now know that the law requires that authorized users be permitted under the circumstances described above.

And, it is also true that becoming an authorized user on a credit card (in good standing) can positively impact one’s credit scores.

In our 4,461 word article on tradelines, we quoted a study from the Federal Reserve Board (which we cite on our sign up page, as well), which found that:

“Our analysis suggests that piggybacking credit can materially improve credit scores, particularly for individuals with thin or short credit histories.”

We quote that for authority, but we can also tell you based on our experience with over 30,000 customers in the past ten years, where we did nothing other than add tradelines, that tradelines absolutely still work in 2021.

Tradelines do not always work, despite the law and regulations that allow it.

You should run through our simulator to make sure tradelines for sale are right for you.

Will tradelines work in the future?

In the 2008 nonsense, all parties made their cases for and against the practice of piggybacking credit.

It was ultimately determined that piggybacking was here to stay (despite things like the “UltraFICO score”).

Because the law and regulations (referenced above) have not changed.

Until that law and that regulation change, piggybacking credit through authorized user tradelines will remain an option to help consumers drastically increase their credit scores.

We’ll see you next year with a similar article.