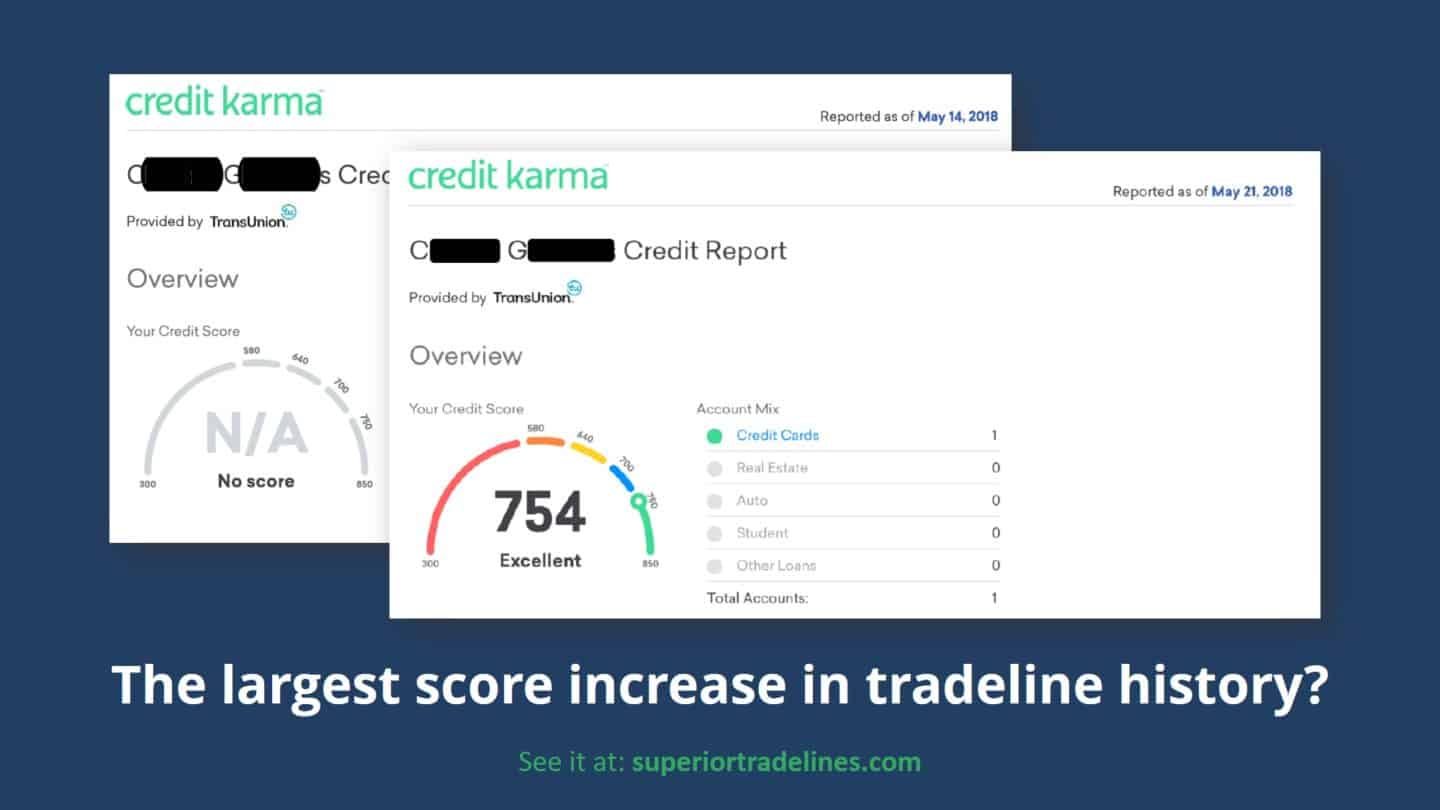 Did you ever wonder how high your credit scores can go after adding tradelines? How about 754 points? Yup, it’s true. But, don’t expect the same results unless you and your credit fall under the same conditions.

In the case below, you will see before and after credit reports.

The before score: no credit score.

Here’s the credit report before tradelines.

before report with no credit score

Here’s the credit report after tradelines.

(Note: It’s only three pages, but you can scroll right and left to turn the PDF page).

after report with a 754 point credit score

Disclaimer. The purpose of this post is to show what’s possible under particular circumstances. You can expect this credit score increase from adding tradelines, only if you bought the same tradeline and only if you have the same exact credit circumstances as the consumer described below.

This is a ridiculous misrepresentation because it could lead a consumer to believe their score increased by 96 points. When a lender breaks the bad news, the consumer may be more than disappointed.

In the case of this post and the score impact presented, the 754 points were TransUnion to TransUnion. It was the actual points. It was not supplemented by the points from the other bureaus.

Clarification on the 754 point boost.

It’s like the old adage that you get points on a test for just writing your name correctly. It’d be pretty hard to have a zero credit score; you probably get some points for just having a name. Also, and more importantly, most credit scores start in the 300s, not 0.

So, whether this was a 754 point “increase” is up for debate. However, it is 100% factually accurate that this client went from no credit score to a 754 credit score. Also, the score could be higher than that on a legitimate hard pull credit report (pulling real FICO scores).

How high can your score go?

We recently completed a study that reviewed the impact of authorized user tradelines on credit scores for over 850 participants. For more specific tails on what the impact could be for your situation specifically, read this article!

Want an expert’s opinion? Get started here, so we can evaluate your current credit situation and give you a recommendation.

One thought on “The largest point increase ever seen with tradelines.”