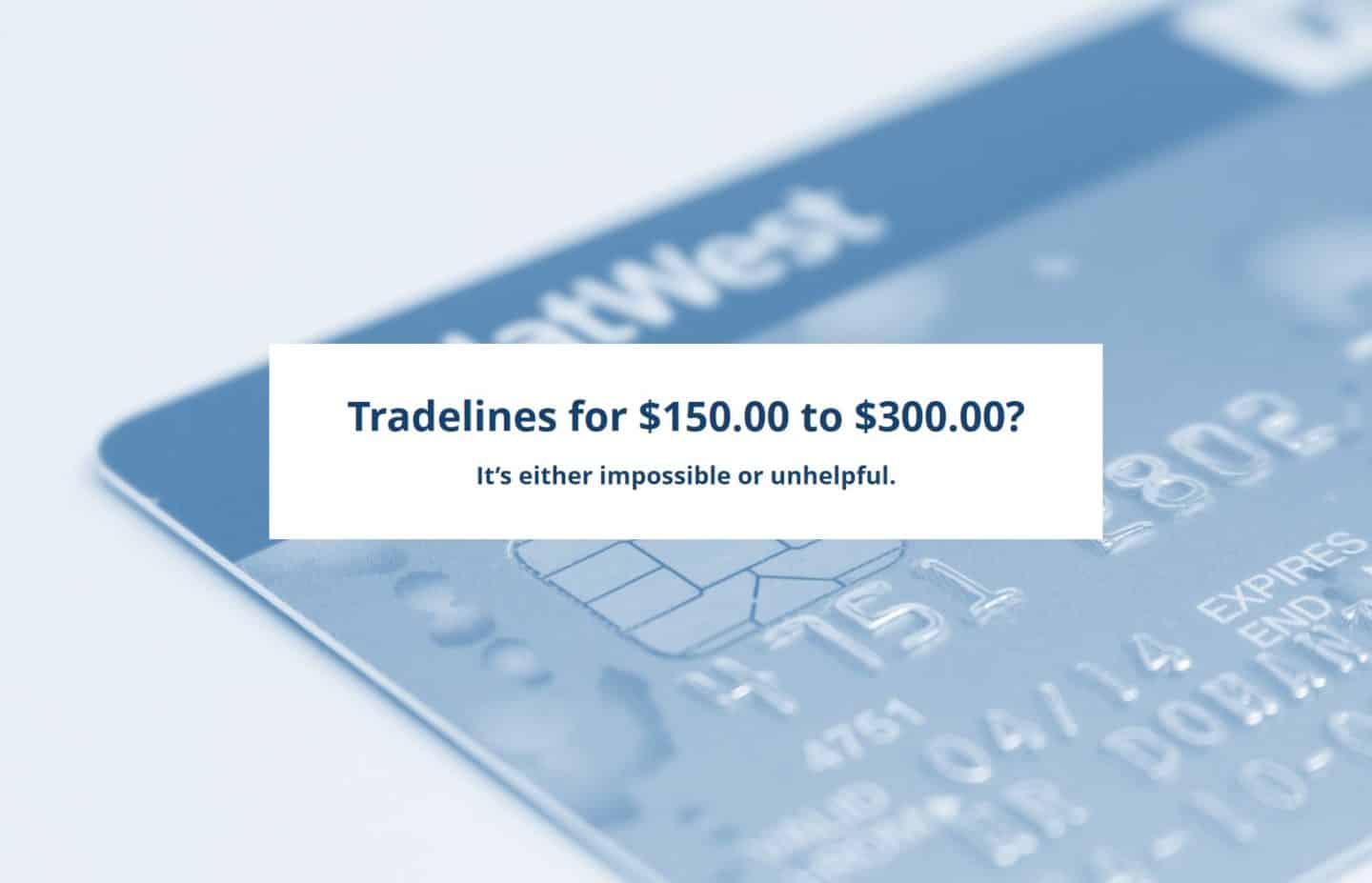 Since I know what it costs to get the resources together to make tradelines happen correctly, I know that $300.00 is literally impossible. So, I wanted to test it for myself to see what would happen if I tried to buy them.

In the case of the exact ad above, I clicked through and called. Wouldn’t you know it… they didn’t have any tradelines left for $150.00. Instead, I was offered tradelines in the $700.00 range. This is a classic unethical sales trick called a “bait and switch.” It gets you in the door based on a lie and then changes the product originally promised.

The second option was just plain weird. I got to a sign-up page and selected the tradelines I wanted. This is what I discovered: 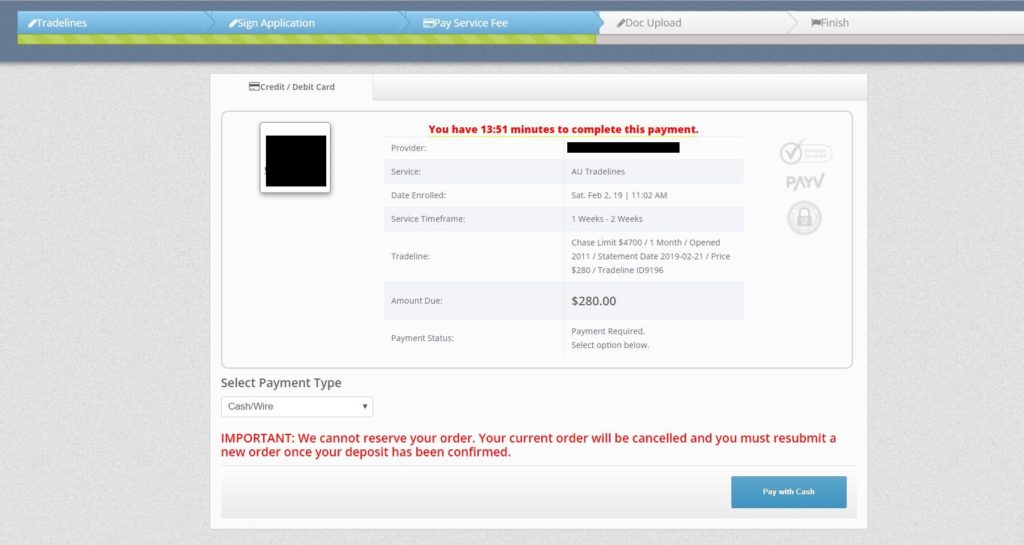 Aside from not giving me the opportunity to pay, they canceled my order immediately.

They demanded that I go to my bank and deposit money into their account and then resubmit my order. 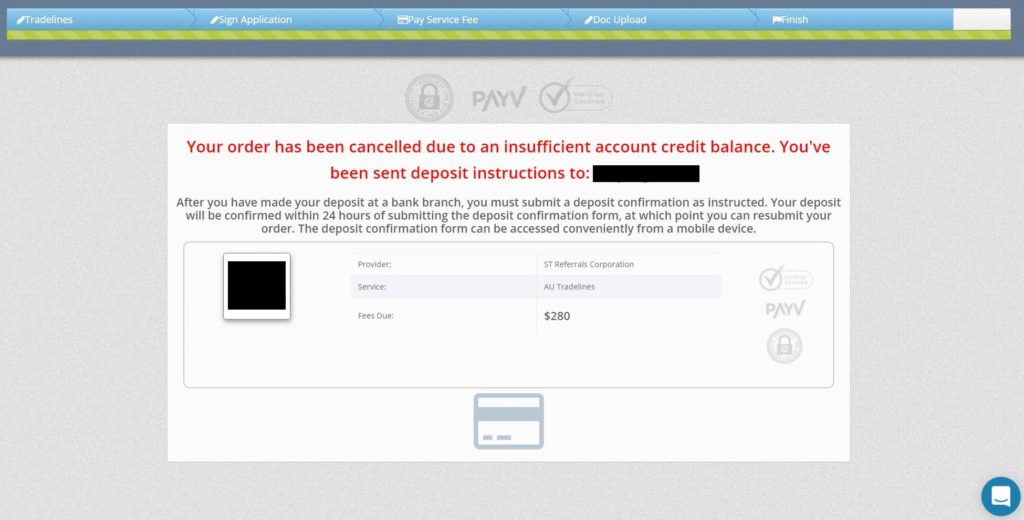 There are two huge issues with this: 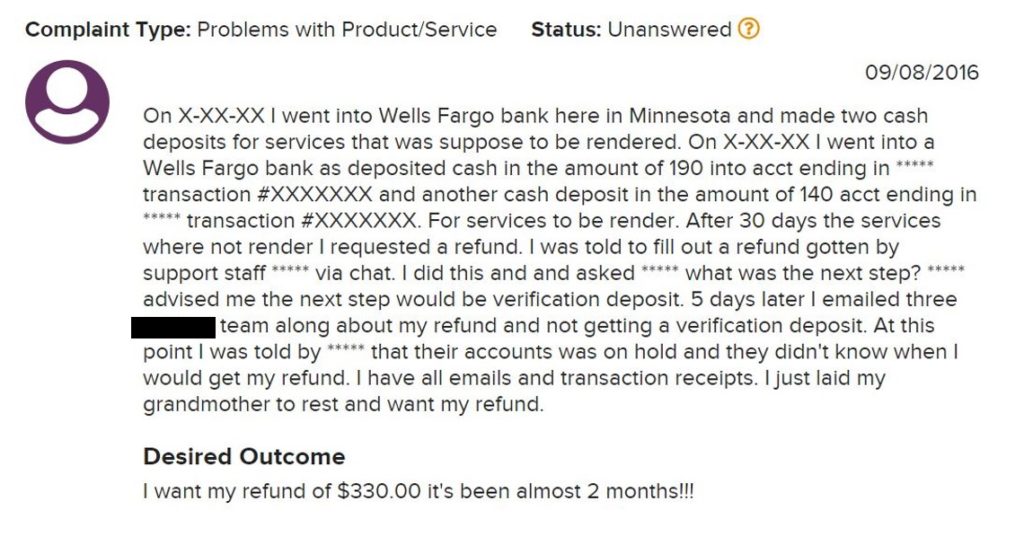 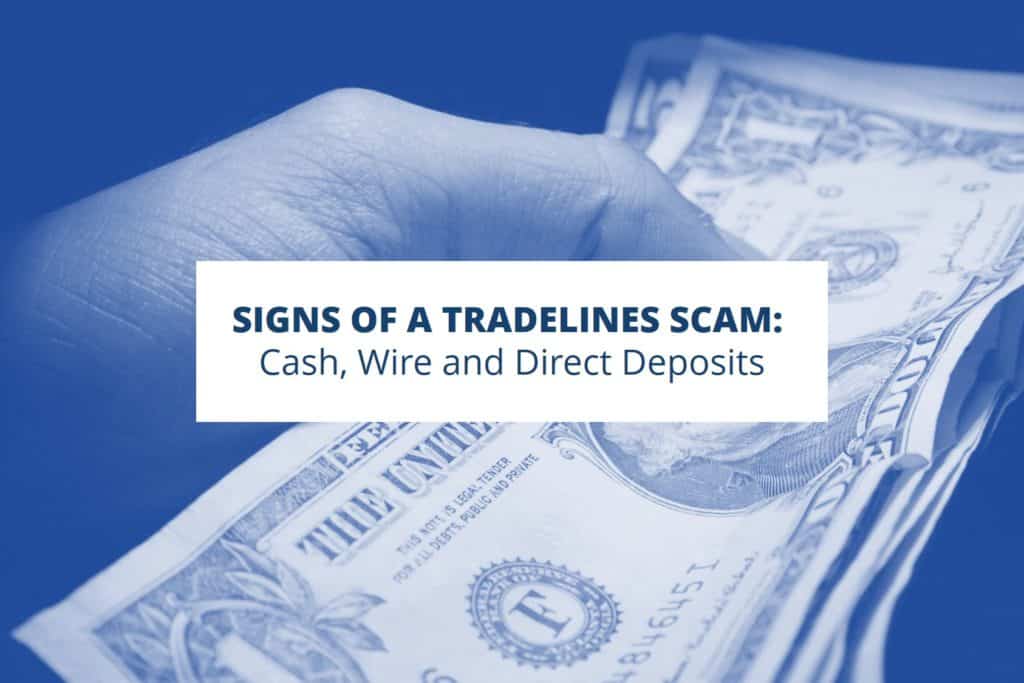