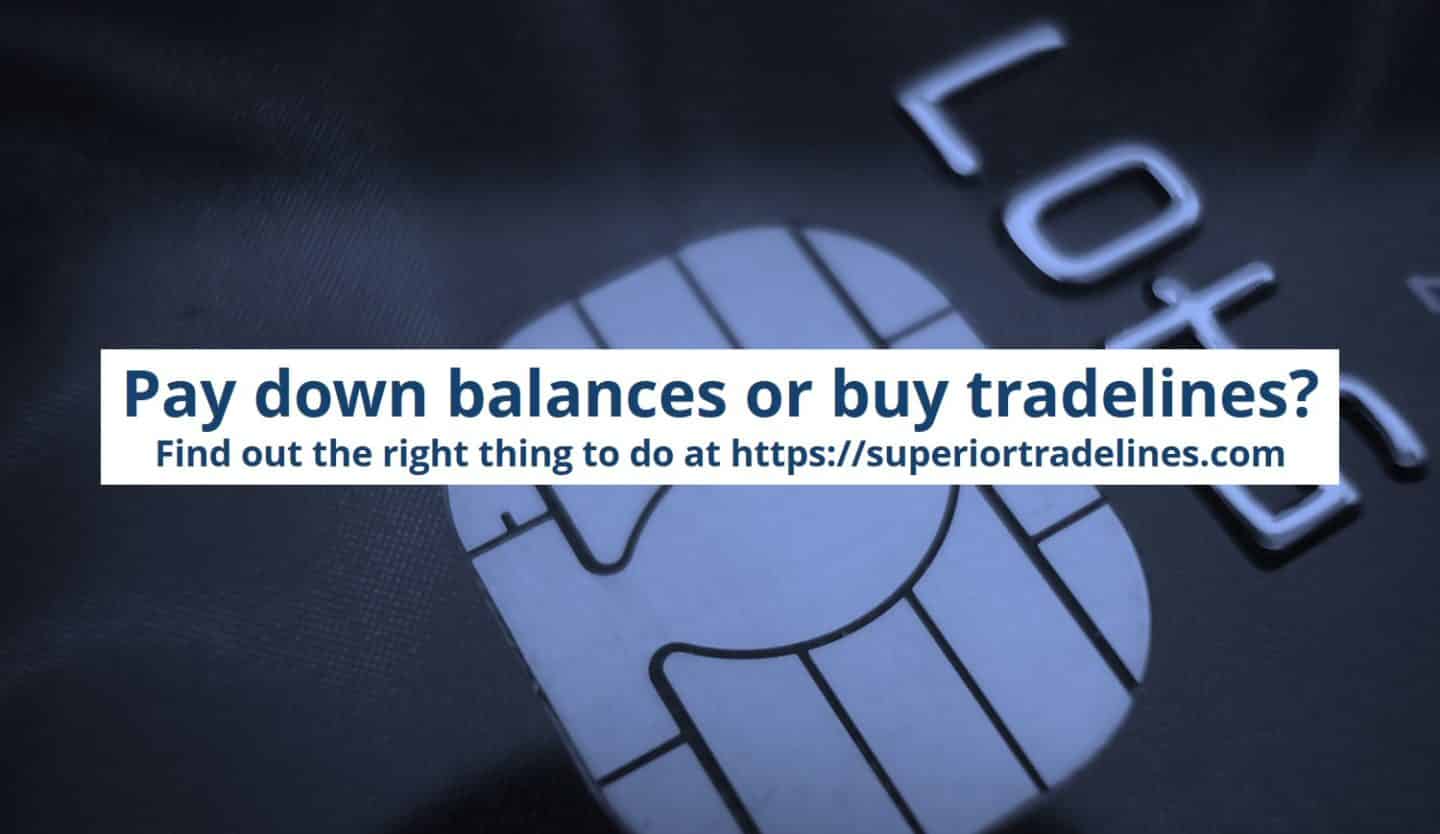 When it comes to credit, the best way to know if you’re getting a good answer is if it starts with “it depends.” In the case of whether you should pay down your debt or add tradelines, well… it depends.

In the first case, it depends on your objective. So right off the bat, are you in a situation where your lender says:

“Listen, pay down these two accounts and I’ll approve you.”

Or, are you in a situation where your lender says:

“Listen, boost your score by 50 points and I’ll approve you.”

In the first case, pay it and be down with it. In the second case, the question becomes: Which is the fastest way to boost my score 50 points? This is where the really annoying “it depends” answer gets more annoying. But, it’s worth a thought exercise so we can explain some of the considerations that go into answering this question because knowing whether or not to add tradelines can be tricky.

Let’s take an example of balances:

Should you pay down this balance or buy tradelines?

In that account… it’s 300 bucks! Pay it. You’re going to pay at least twice that on tradelines. Plus, assuming this is your only account (which is a safe assumption, because a $300.00 limit seems like a “starter card”), you will decrease your debt to credit ratio by 100%. You score will jump, for sure. 50 points? Maybe, but predicting the exact impact of this on credit score is difficult, if not impossible.

However, people don’t usually buy only 1 tradeline. They typically buy 2 or 3 tradelines. So, in this case, you’d be better off throwing $300.00 at your balance and putting the rest of the money toward tradelines. For example, since this is so young (2 years, 11 months), tradelines with larger limits and older age could help raise credit score substantially.

Should you pay down this balance or buy tradelines? 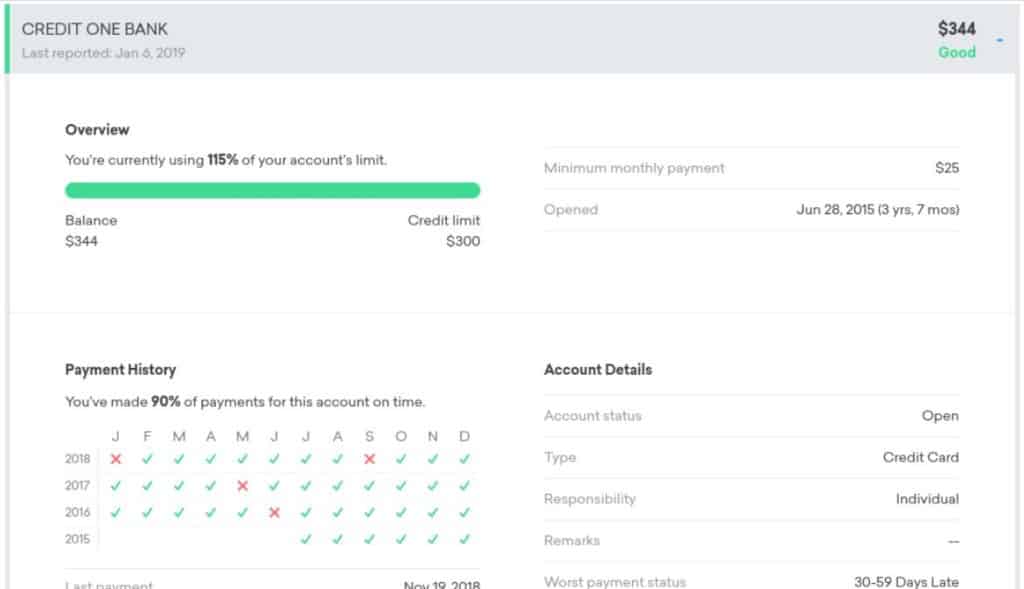 So, should you spend all your money to add tradelines? I wouldn’t. Paying down the account would have a much larger impact for this individual than the previous example.

Are you in a situation where you’re contemplating paying off balances or buying tradelines (or a little of both)? Well, it’s usually more complicated than a cut and dry answer of “yes” or “no.” That’s where a qualified tradelines company comes into play. Did you know that we offer a complimentary credit report analysis (i.e., free of cost) to let you know whether tradelines are appropriate for your given situation? It’s true. We do it every day.

If you want to find out whether you should pay off debt/balances or add tradelines, click here to get started.