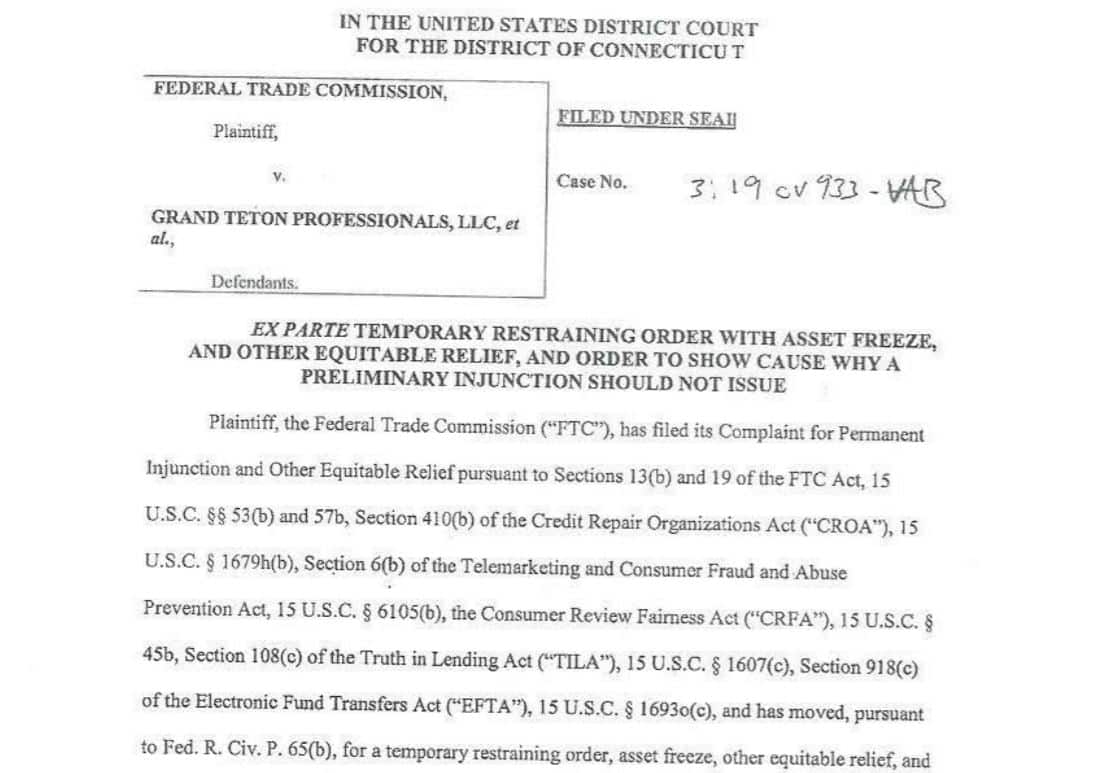 TopTradelines.com is/was a provider of tradelines. Its parent company, Grand Teton Professionals, LLC, which offered a wide range of credit-related services, was prevented from operating certain aspects of its business by a federal judge.

“At the Federal Trade Commission’s request, a federal court has temporarily halted and frozen the assets of Grand Teton Professionals, an alleged credit repair scheme that charged illegal upfront fees and falsely claimed to repair consumers’ credit. The company and other defendants are charged with violating the FTC Act and several provisions of the Credit Repair Organizations Act, the Telemarketing Sales Rule, the Consumer Review Fairness Act, the Truth in Lending Act, and the Electronic Funds Transfer Act.”

The Federal Trade Commission (FTC), which protects consumers by filing complaints in federal court against those who violate consumer protection laws, first investigated the web of companies associated with TopTradelines.com and Grand Teton Professionals, LLC. Then, the FTC filed a complaint about the permanent injunction and other equitable relief, in secret. In other words, the FTC wants to completely and permanently prevent TopTradelines.com, among others, from operating.

Interestingly, they filed this case “under seal,” which means it was in secret and not public. More importantly, this has significant implications for the credit repair industry. You can read the initial complaint below.

However, the FTC didn’t stop there. The FTC immediately filed for an ex parte injunction with an asset freeze. In short, Ex parte means they did it without TopTradelines.com there to defend themselves; it was just the FTC and the Judge.