How much do tradelines cost?

But, there’s a lot more to consider when you’re trying to evaluate tradeline costs.

We should first frame the question as tradeline pricing vs. credit goals.

I feel like I answer this question quite often, but I’m happy to do it.

How much tradelines cost depends on many things. So, it’s kind of like asking how much does a car cost. Before we even ask that question, we ask what kind of car you need, right?

You should look at tradelines as in item you need and then try to find the best price (not the other way around).

It doesn’t matter if you get a good deal on a product you don’t need. So how much do tradelines cost is not the most relevant question in terms of priority?

Here’s an example of tradelines costs and pricing:

While the former is true, the difference is not that relevant when you look at the larger funding effort.

The amount you’ll save on a 30-year mortgage makes the cost of trade lines almost entirely insignificant.

While clients typically ask how much the trade lines cost, the answer is simple, but all we ask is that you focus on your goals first.

You might find differences in price from company to company, but you should always go with the company at puts your goals first.

I will tell you that there are sometimes deals based on market factors (influx of inventory, etc.). For example, we run specials when appropriate: 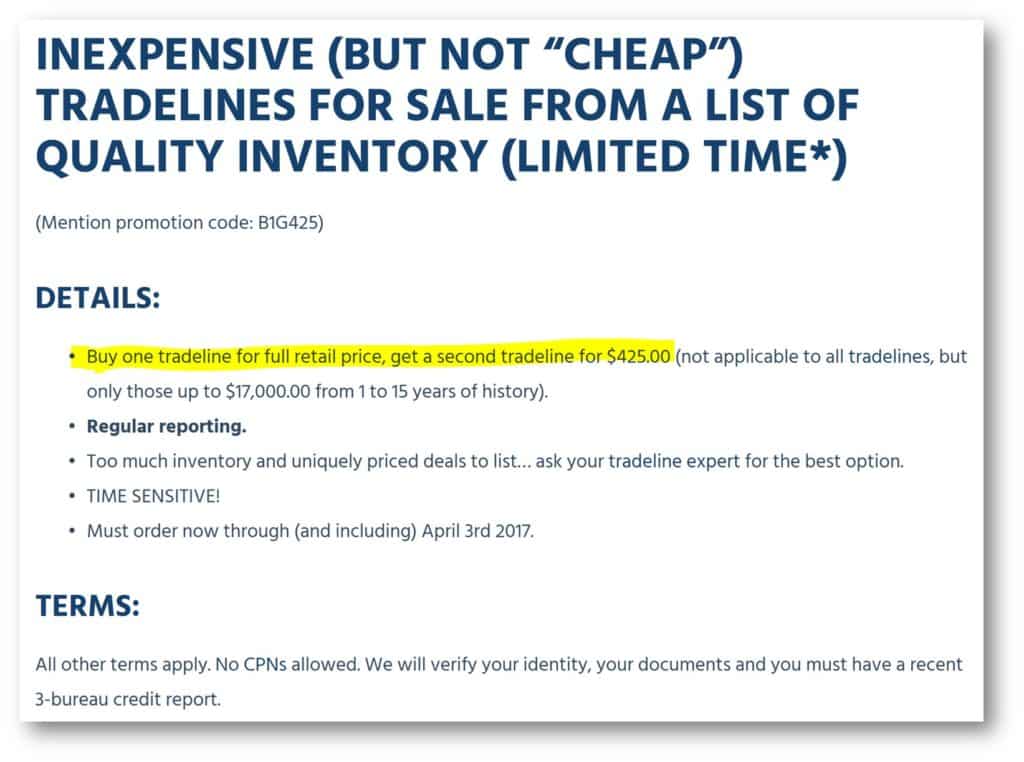 For fun promotions, we’ve given away tradelines in the past. We did a tradeline competition where people would share the page and the person with the most shares won. You should definitely follow us on Facebook, Twitter, etc., so you are aware of and when we run those promotions in the future.