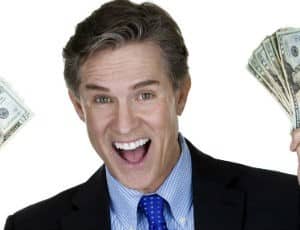 Good lines of credit are the lifeblood of Superior Tradelines, LLC. Without them, we could not serve our clients and we’d have to close our doors due to a lack of available inventory. But how much do tradelines cost and how much should tradelines cost?

Cardholders and vendors (people with lines of credit they wish to sell to our clients) are surprised beyond belief when we turn them down and respectfully refuse to work with them.  Where does this conflict arise? Costs… plain and simple. That is to say, if we paid the price some cardholders demand, we’d likewise have to close our doors for lack of operating budget and profit. Therefore, we recognize a happy medium and welcome cardholders and vendors with the same recognition.

Tradelines are not bottles of wine.

There was a story about a wine company that couldn’t sell. A marketing specialist came in and told them to triple the price. The company said, “you’re crazy, that makes no sense”. The marketing specialist insisted and in the first quarter, per bottle sales were up 400% (not just the price). The point? Nobody wants a cheap bottle of wine. And, they’d pay more for this “luxury” even if it was the same liquid in the bottle.

This concept does not hold true with tradelines for sale. There is a qualitative and quantifiable price associated with tradeline costs. This year alone, we’ve probably had over 500 different cards dangled in front of us. Certainly, we could have accepted these cards and sold them to our clients. As a result of the excessive costs associated with these cards, the costs to run a business would increase. The price increase then raises the price of our tradelines, driving away our clients.

Back when the government, in its infinite wisdom, decided to intervene in the housing market and force banks into lending money to people that were otherwise unqualified for mortgages (NINA loans for example) in the name of “helping” people become homeowners, the housing market boomed. The same boom occurred in the tradeline world. After all, if you had credit at that time, the world was your oyster. Tradeline companies could charge $2,000.00 to $3,000.00 per tradeline. In a three-tradeline order, you were talking $6,000.00 to $9,000.00 per transaction. The “cut” to the cardholder was in the high hundreds of dollars per authorized user slot.

However, the tradeline market was not immune to the house market’s inevitable bust. For example, a client currently pays about the same amount for the tradelines that the cardholder used to get paid for adding the client. This has caused cardholder after cardholder to live in denial about the value of their asset… their credit.

As much as we might fight it, the market sets the tradeline costs

There is some exception to this new rule; illegitimate practices being one of them. Some companies have resorted to illegitimate funding acquisition for their clients. These companies use tradelines as an a la carte item to these ends. They start with credit profile numbers (or secondary credit numbers), load it with authorized user tradelines, and get their clients over $100,000.00 in funding. Then, they take maybe 10% or 15% (yes, $10,000.00 to $15,000.00 per transaction). In truth, they could care less what they pay for the tradelines because this isn’t where they make their money (obviously).

Like the government intervening in free markets, the increased prices from these CPN companies cause cardholder after cardholder to flock to these companies for the sweet, cherished memory of what was once more profitable… until the inevitable; the banks can close the lines of credit for “not using credit as intended”. The card holder’s denial and decision to overlook the moral compass of the company ended what could have been a long-term relationship with a more legitimate company. Not to mention it ended their own uses of their own line of credit, which probably hurt their credit score as well.

Why we don’t work with the “middleman of the middlemen”: high tradeline costs

We know some people that do nothing but network and collect people with positive lines of credit. They offer us lines of credit quite often. For example, we get “lists” all of the time from what we call the “middleman of the middleman”. These lists come from people and companies that have acquired a network of cardholders and vendors.

If you think about it, by the very fact that such a middleman exists, you can see that there is value in the tradeline company to facilitate the transaction. Otherwise, these middlemen would create their own company, right? With a conscious design, they’ve chosen to remove themselves from the burden associated with tradeline transactions. Conveniently, cardholders exempt themselves from the cost of operations and then, strangely, demand to be rewarded for it.

In short, middlemen demand to be heavily compensated for their efforts, driving up the tradeline costs.

The reliability of the company and its efficient structure matter. It’s the reason you get paid less (for a longer period of time).

When you actually comply with the law and operate legitimately, the cost of running a business increases dramatically (comparatively, I should say). This increase in costs is not disproportionately dumped on one aspect of the business over the other. In other words, it’s not dumped on the client or recouped unequally from the cardholder or vendor. In other words, everyone gets what they’re entitled to… equitably. With respect to the price paid for cardholders and vendors, competing with illegitimate companies is not possible.

Here are the two questions you need to ask yourself before working with a company: 1) Does a fast nickel beat a slow dime? 2) Are you really okay with illegitimacy? Once you’ve answered those questions, you’ll know exactly what to expect in terms of tradeline costs and revenue.

2 thoughts on “Discussing tradeline costs from a card holder’s perspective.”