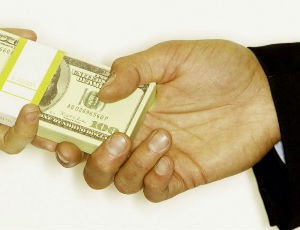 Is it possible to add tradelines in order to obtain business funding? Piggybacking credit using authorized user tradelines has proven itself as a viable credit enhancement technique over the years. People, pursuing their own interest or the interest of their business, have attempted to expand this practice into other areas, such as credit profile numbers, business credit, etc. As discussed below, this might be a useless effort.

Expanding resources until they snap.

Taking advantage of resources, such as boosting credit scores with tradelines, is nothing short of a smart idea for both business and individuals alike. However, when you try to expand these resources into fields in which they don’t belong, it’s equivalent to shoving a round peg into a square hole. In addition to the fact that it doesn’t work, you’ll spend a lot of money, time and energy into a practice that will ultimately redound to your disadvantage. It’s clear adding tradelines to your credit report will boost your score. It’s clear that with higher credit scores, more “credit doors” will open. So, people make the logical leap between the two and assume, incorrectly, that the concepts will apply equally and universally across all areas of funding, including business funding.

The truth about business funding and tradelines.

Unfortunately, you cannot add tradelines to a Dunn & Bradstreet credit file and adding tradelines to your personal credit to get business funding doesn’t work. I suppose there could be certain situations where this would work (in most situations). For example, let’s say the remaining underwriting hurdle is a certain personal credit score. Well, in this case, tradelines might work for you. Ultimately, however, a higher credit score does not necessarily mean you are getting approved for anything, especially business funding. A higher credit score merely increases your chances of an approval and may also provide more favorable borrowing rates.

If the business model is good, people will throw money at it. If you actually need an influx of cash, you’ve probably done something wrong in the first place (unless you are expanding, etc). Businessmen often put the cart before the horse and think an influx in funding will solve problems; this is rarely the case and it usually makes things worse. If you’ve got your ducks in a row and the only thing you lack is a sufficient credit score, then in that situation, adding tradelines for business funding makes sense.

4 thoughts on “Tradelines for business funding”


TO QUICKLY FIND WHAT YOU ARE LOOKING FOR: